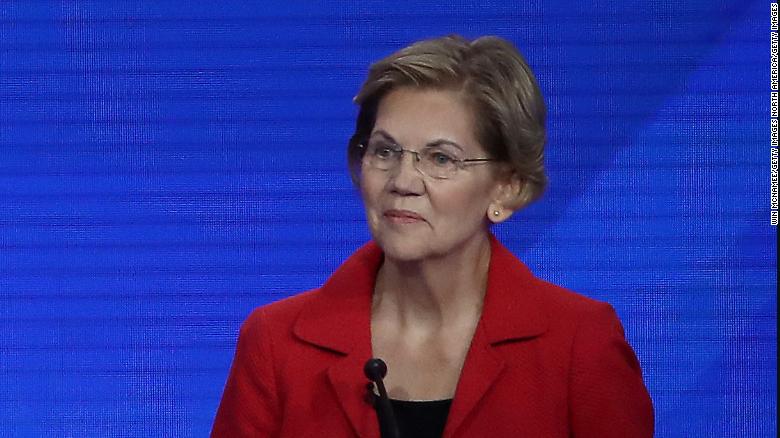 Many pundits will focus on Joe Biden beating expectations (maybe), Andrew Yang providing eye-catching moments, and Kamala Harris regaining her momentum. But it was Elizabeth Warren who quietly turned in the best performance, given her campaign strategy.

While many people were waiting for Warren to start delivering zingers against Biden and Bernie Sanders, that is not her style. Her strategy has been relatively consistent: stick to her issues, stick to her personal story, and keep weaving the two together.

The truth is that the strategy probably won’t win her any big swings in the short-term polls, but over the long run it has been a strategy that has worked. Her numbers all keep pointing in the same direction: upward. Of all the candidates, she has kept growing her support and inching closer to Biden’s standing.

Warren is making an Obama-like bet, circa 2008, which is to ignore the noise and avoid trying to find the big breakthrough moments.

It is a big and risky bet in an age when the 24-hour news media is such a major presence, creating opportunities for campaign booms and busts.

The question remains: can she turn all of this into an argument that she in fact the most “electable” Democrat in the group? She needs to close the circle by the time the party reaches Iowa and New Hampshire, to establish for voters that substance, passion, and a coherent agenda are in fact what will make for the most electable candidate against President Trump. Otherwise, Biden will remain the favorite.

A number of other candidates, particularly Harris, had some of their best moments tonight. But right now it’s hard to see how they break into the top tier of three without the long awaited, but not yet arrived, Biden implosion.

Julian Zelizer, a CNN political analyst, is a professor of history and public affairs at Princeton University, and author of the forthcoming book, “Burning Down the House: Newt Gingrich, the Fall of a Speaker, and the Rise of the New Republican Party.”

Is the world ready for…

Commentary on the September Democratic…

7 takeaways from the third…

Highlights From the Third Democratic…

How to Watch Tonight’s Democratic…